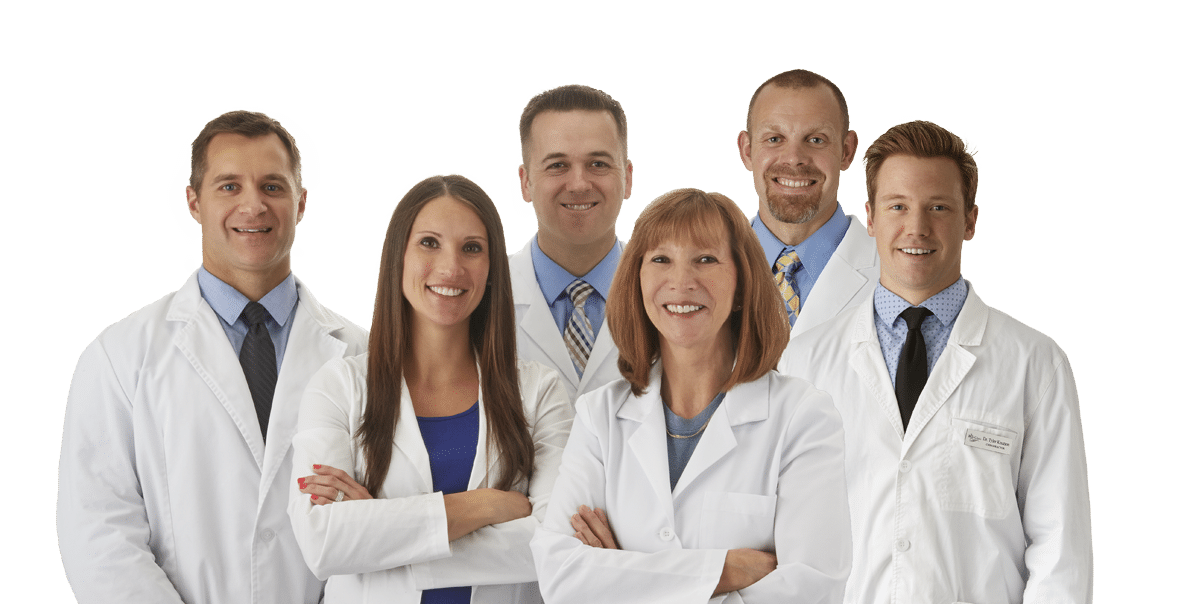 Minnesota Chiropractors You Can Trust

Good chiropractors aren’t always easy to find, but here at the Brost Clinic, you can put your mind at ease knowing that you’ll always receive the very best chiropractic, acupuncture and natural health care. Our clinic founder and CEO, Dr. Barbro Brost, has put together an award-winning team of professionals who meet our standards both in aptitude as well as attitude. The doctors are dedicated to offering patients only the highest quality service, which has won us countless awards over the years, including Best Chiropractor as voted by readers of Lake Minnetonka Magazine, Wayzata Sun Sailor Newspaper, Plymouth Magazine and Minnesota Monthly. We have also received the Five Star Award for quality services. Read on to find out more about some of our dedicated and qualified staff.

Dr. Caroline Brost-Sailer was born in Stockholm, Sweden, but moved to Minnesota with her family when she was four years old. She is the daughter of Dr. Barbro Brost and Dr. Gerald Brost, the founders of The Brost Clinic. Dr. Caroline has lived the chiropractic lifestyle all her life with regular adjustments, organic food, natural supplements and exercise. She is walking proof that natural healthcare works.

She grew up in Medina and went to Orono Schools. She Graduated from Gustavus Adolphus College with a BA in Psychology and went on to complete a four year doctorate in chiropractic at Northwestern Health Sciences University in 2006. She also did parallel studies in Acupuncture and received her acupuncture certification in 2007. Dr. Caroline is certified in the Activator technique, a low force instrument adjustment technique. She is also Webster Certified to help pregnant women through the pregnancy and delivery.

Dr. Caroline Brost-Sailer treats families and individuals of all ages combining chiropractic, acupuncture and natural supplements for a complete health approach. Her specialties include treating car accident related injuries and her passion is natural healthcare for children. As a mother of three young children, Dr. Caroline understands the importance of receiving chiropractic care throughout pregnancy and loves to treat infants and children of all ages.

Dr. Shawn Sailer was born in Mandan, North Dakota. His job in operations at an oil refinery brought him to Minnesota in 2000. Soon thereafter, he decided that natural health care was his calling and went back to school to pursue his dream of being a doctor of chiropractic.

Dr. Sailer graduated from Northwestern Health Sciences University in April of 2009 and went on to complete his certification in acupuncture in 2009. He worked with Dr. Jay Greenberg in Redwing, MN before joining The Brost Clinic in April of 2009.

Dr. Sailer works with athletes and people who want to improve their overall health. He specializes in nutrition, weight loss, and sports related injuries. After continued studies, Dr. Sailer achieved status as a Certified Chiropractic Sports Physician (CCSP) with the ACBSP, making him an expert at improving athletic performance, reducing injury, and treating sports injuries. Having three beautiful children, Dr. Sailer promotes the importance of family and child wellness.

Although he is in general practice treating all ages and conditions, Dr. Elton sees many athletes who find truth in his claim that chiropractic does more than correct aches and pains; a properly aligned spine enhances sports performance and reduces the risk of injury. A father of three, he also treats many children and young adults.

Known as “The Golf Doctor”, Dr. Elton”s true passion is working with golfers to lower their handicaps. He is a scratch golfer and his college team annually ranked among the nation”s top five. He conducts golf seminars from the perspectives of both a doctor and a golfer, stressing “The most important piece of golf equipment is your body”.

Dr. Tyler Knutson was born in Mankato, Minnesota, but relocated with his family to Maple Grove, Minnesota where he grew up. His first encounter with chiropractic was in his senior year of high school when he sustained a back injury while playing varsity football. From that point on, he knew he wanted to be a Doctor of Chiropractic and give the gift of wellness, as he was given.

Dr. Knutson was a multi sport varsity athlete throughout high school but opted to pursue a strong education at the University of Minnesota, rather than continue playing sports at the college level. He graduated with a degree in Kinesiology with a focus on Clinical Sciences in 2014. After graduation he then achieved the status of Certified Strength and Conditioning Specialist (CSCS®) by the National Strength and Conditioning Association. Dr. Knutson then pursued his 4 year graduate degree in chiropractic and obtained his Doctorate of Chiropractic from Northwestern Health Science University in 2017.

Having suffering multiple injuries himself, Dr. Knutson treats every patient as an individual and takes the time to find the true source of the problem. Although athletes are a specialty of his, Dr. Knutson loves treating both the young and elderly, using the same detailed approach he uses with his athletes.

Dr. Knutson stays busy outside of work by playing hockey, golfing with friends and colleagues, traveling, and enjoying the great outdoors.

Dr. Schulte spent 11 years practicing at a clinic inside a health club facility before joining The Brost Clinic.  He has vast experience working with athletes ranging from the recreational to the professional level.  He loves working with people of all ages and from all walks of life. Having suffered multiple sports injuries and motor vehicle injuries himself, he understands the importance of finding the root cause of dysfunction as well as appropriate preventative measures when it comes to optimizing overall health and longevity.  His mission as a chiropractor is to keep people doing what they love for as long as they choose to do it.

Dr. Schulte was born in Omaha, Nebraska before relocating with his family to Sioux Falls, South Dakota.  Both of his parents grew up in a farming community so he considers himself a city boy with country roots and had the importance of hardwork ingrained in him from an early age.  He grew up with a love for sports and played soccer, basketball, and baseball, though baseball was his favorite.  He played 2 years of collegiate baseball followed by 2 summers of amateur baseball in a South Dakota wood bat league.  After hanging up his glove and cleats, his fitness progressed from the field to weight training inside the gym.  His passion for fitness, and some persuasion from his wife, led him to crossfit in 2017.  He has competed at multiple local crossfit competitions since then, several of which ended with him and his teammates standing on top of the podium.

Dr. Schulte is a husband and father of 3 so he fully comprehends the prioritization involved with balancing family, career, and a healthy living lifestyle.

A native of Sweden whose first six years of chiropractic practice took place in Stockholm, Dr. Brost views health care through Europe’s more holistic prism, yet she understands firsthand the toll that American lifestyles exact on our health.

After completing her pre-med studies in Stockholm, Dr. Brost graduated in 1979 from Northwestern College of Chiropractic in Bloomington, Minnesota. She went on to complete a three-year diplomat program in neurology and certification in acupuncture while continually studying clinical nutrition at the postgraduate level.

She co-founded the Brost Clinic in 1985 and Advanced Back Technology, an adjunct practice that served patients with severe disc problems, in 2002. In 2008, Dr. Brost received the “Alumnus of the Year” Award from Northwestern Health Sciences University. Also in 2008, The Brost Clinic received the Five Star Office Award for offering excellent patient service. The Brost Clinic expanded into a modern 7,400 square foot facility in 2009 and is now one of the largest chiropractic & natural health care clinics in the Midwest. In 2018, Dr. Brost was voted the person of the year by the Wayzata Chamber of Commerce.

Valued by patients for her nurturing manner and far-reaching competencies, Dr. Brost treats a wide variety of health problems and bodily injuries, often solving complicated riddles that have not responded to other forms of health care. Dr. Brost has selected a team of chiropractors and works closely with them on more complex cases. Everyone on the Brost team works with the philosophy of treating the source of health problems to eliminate the symptoms and fully resolve conditions so patients receive the most optimum outcome. Our goal is to coach each patient to optimum health.

Hi, How Can We Help You?
The Brost Chiropractic Clinic